A brief summary of the play:
An enormously wealthy older woman returns to her former hometown with a dreadful bargain: She wants the townspeople to kill the man who got her pregnant, then jilted her. In exchange, she will provide enough money to revitalize the decrepit town. The townspeople eventually agree.

Meaning of the Posters:
The illustrative Poster features two high heels that are placed on a round surface. It refers to the turning point of the play where most citizens start to consider agreeing to the bargain the women proposed and start buying new stuff, including many new pairs of shoes. The pair is also placed in a way that reminds one a clock – meaning that time is slowly running out for the male protagonist. The typographic Poster features a door that is opening slightly. It replaces the 'E' of the german title "Der Besuch der alten Dame" and refers to the arrival of the female protagonist Claire. A drop shadow casted by the door knob makes up the middle line of the 'E'. 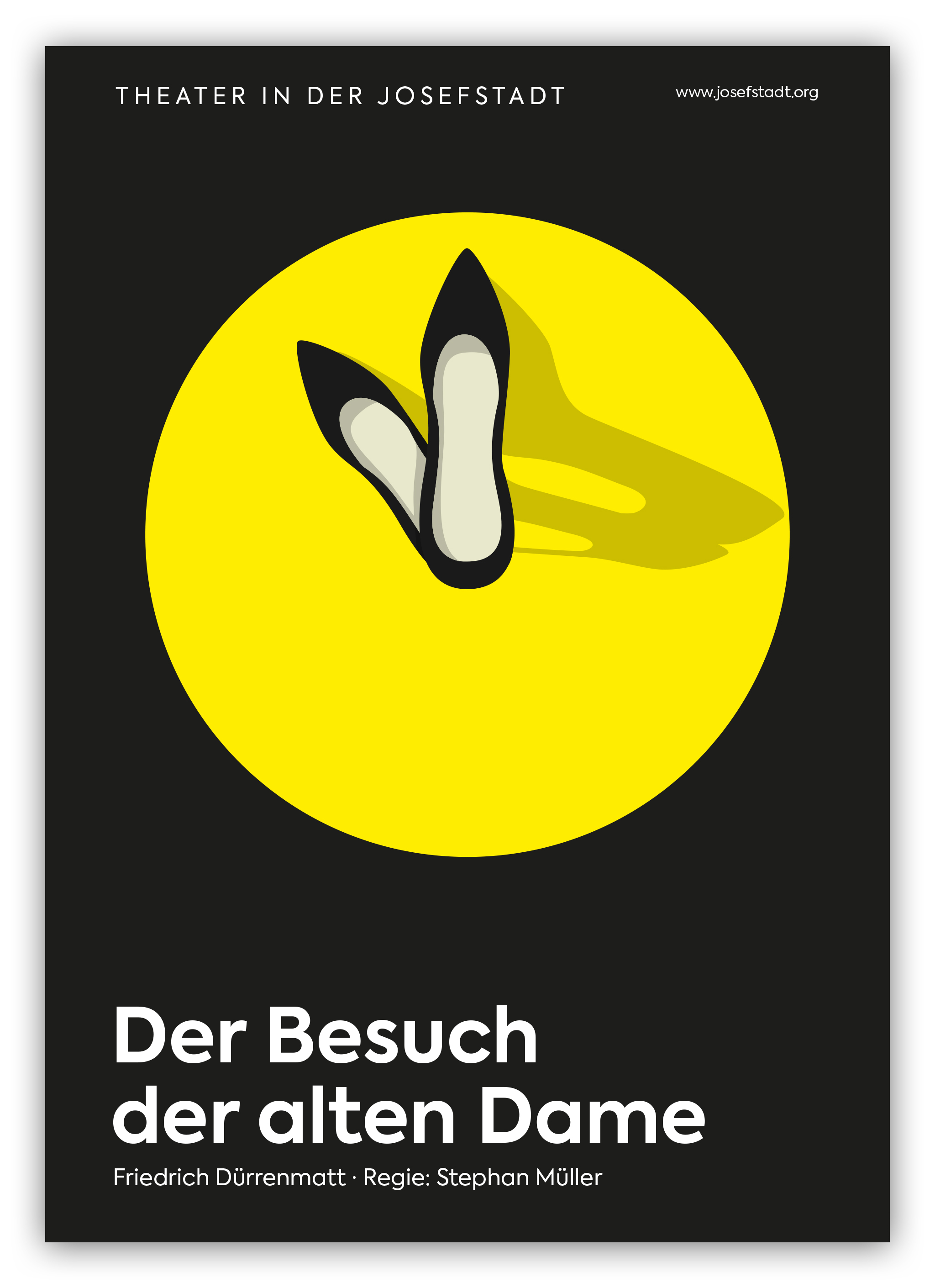 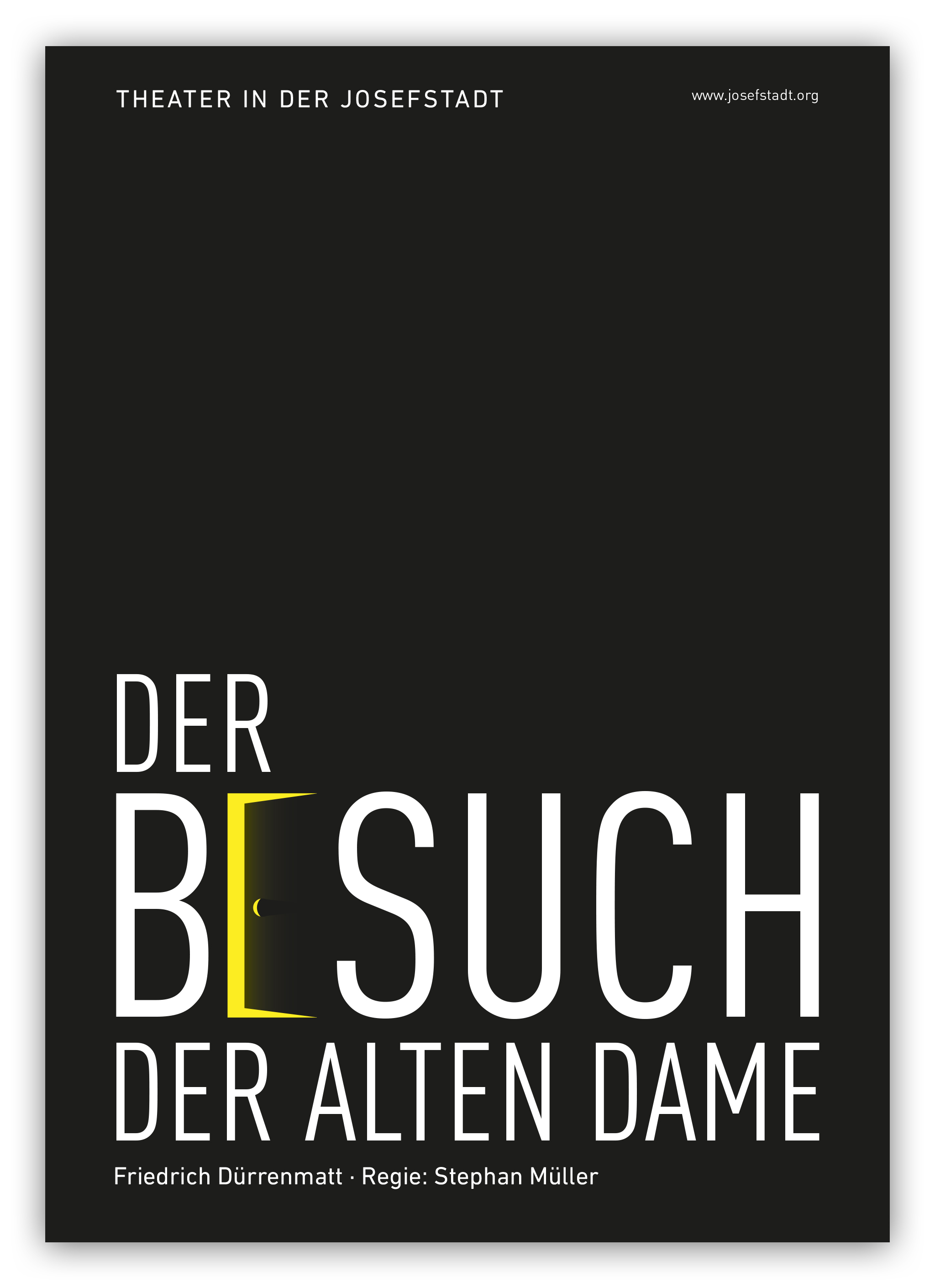